Going to the dentist is probably nobody’s favorite thing. But for one woman, it was an “absolutely horrible experience”.

Stomp contributor Val described her root canal treatment at Q&M Dental Group’s Sengkang Clinic in Compassvale Crescent on May 6 as “the most traumatic dental experience of my life.”

Sharing photos of the aftermath of the treatment, Val said: “As a result, I suffered from a burnt and now ulcerated throat, tongue, upper mouth and inside of my cheeks, mostly concentrated on the right side of my mouth.”

Val said she also had a scar on the right side of her face next to her mouth.

It all started when Val woke up with a bad toothache. She made an appointment as soon as possible to see a dentist at the clinic closest to her home, at 7 p.m.

After ordering an x-ray, the dentist suggested two options for pain relief, a tooth extraction or a root canal.

Val said: “She didn’t immediately explain to me what I could anticipate of the two options. She just continued to look at me as if I understood these treatments and made the decision on the spot. I was naturally in shock, and I wasn’t really sure what a root canal is and what permanent effects I should expect from “killing” the tooth.”

A root canal procedure removes the soft center of the tooth called the pulp, which is made up of nerves, connective tissue, and blood vessels that help the tooth grow.

The Stomp contributor alleged that the dentist told her there were no other less intrusive options for pain relief.

When the root canal treatment started, Val said the dentist “cared no less about the pain I had already felt before and during the procedure.”

In her letter of complaint to Q&M, the Stomp contributor described what happened: “After two injections of local anesthetic (probably no topical anesthetic applied as I flinched in response to the pain of the injection), she started cleaning my teeth, ignoring my plea for help.

“I was kicking my legs, flailing my hands, gently pulling the saliva ejector, flinching and even at one point bumping into an assistant’s hand in response to pain as she was probably already cleaning and drilling into my tooth.”

She continued: “That night I was wearing a dress as I had just gotten off from work, but due to the pain and the fact that I was bending over and kicking myself repeatedly, my dress was all over me.

“Imagine the state of distress I was in. But never did the doctor or his assistants try to calm me down or at least ask me if I was still feeling well. blanket to cover my legs.”

Val then described another ordeal as she lay in the dentist’s chair with her mouth wide open with a rubber dam and brackets.

She said: “During the treatment, the disinfectant leaked through the rubber dam and stayed in my mouth between my throat and my tongue for an extended period of time. I was gagged and tears were streaming down the side of my my face. the chemical solution was extremely bitter and burned my tongue and throat…

“It wasn’t until I squinted so hard and tried to make a noise that the dentist asked, ‘Why? What is that?’ and moved the ejector to clean and suck the solution out of my mouth.”

She said it resulted in injuries inside her mouth.

“On returning home, I also realized a deep hook mark on the outside of the right side of my lips,” she said in the letter. “The scar is painful and I now feel like I have a laceration scar on my mouth.” 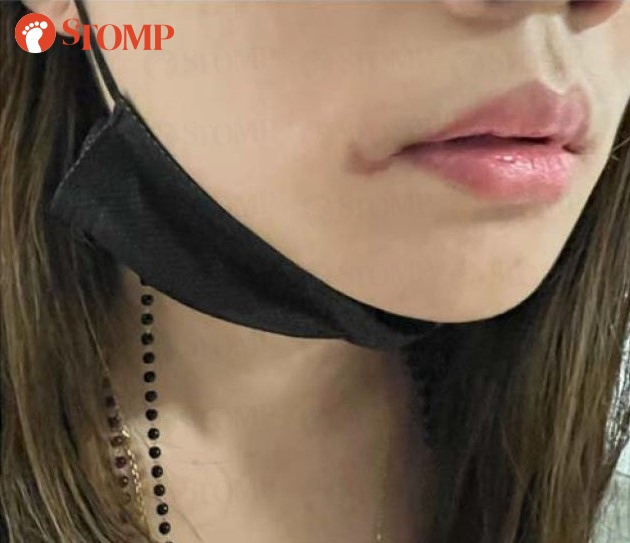 She went to another dental clinic three days later to have her injuries assessed and was told the ulceration would last at least a week.

Along with the letter, Val also emailed Q&M and left comments on her website.

She told Stomp, “It’s to my dismay and disappointment that they don’t respond to my comments in a timely manner.”

Val said that six days after the root canal procedure, she received a call from a customer service agent.

She said: “I wanted to get things done so I had to give him a list of a few requests to discuss with his management. I was then told I would have an answer on May 18.”

When she didn’t hear from Q&M on May 18, Val emailed the company again, “advising it would be made public if they continued to treat their customers coldly.” .

“I then received an email response,” she said, “requesting another two weeks to initiate an investigation and in the meantime they will issue a ‘goodwill’ refund of the fee I have already paid for my root canal treatment and for the dentist’s evaluation of my injuries.”

Val replied to Q&M, “The refund above is a legitimate part of your service recovery, which is the bare minimum you need to do to right your wrongs. It is in no way goodwill.”

She accepted the refund.

On June 4, Val wrote to Stomp, “It’s been a month since I filed my first complaint with Q&M. I’ve received no update on ‘the investigation’, no apology from the dentist (one of my requests), no refunds, no calls, no compensation and no Q&M.

“Although I have recovered from the multiple ulcers in my throat after suffering for a total of 10 days, I still have prominent scars at the corner of my lips.”

In response to a query from Stomp, Q&M said: “We have already been in active communication with (the patient) since May 5 to provide assistance and facilitate an amicable resolution of this issue.

“We are very concerned about the lesion under consideration as it is an extremely rare and unusual occurrence. We have offered to send him for proper evaluation and further treatment, if necessary, by the dental and medical specialists involved. The expert assessment will also assist us in our ongoing investigation into this matter and our review of his various claims/requests.

“Once we have confirmed the specialists to be treated (the patient), we will contact her again. She is well aware of all the above.”

This article was first published in Stomp. Permission required for reproduction.