Taranaki’s parents say their children are suffering because of long delays for major dental work under general anesthesia.

There are more than 100 children up to the age of 14 on the Taranaki District Health Board’s waiting list
Photo: 123RF

There are over 100 children and adolescents up to the age of 14 on the district health board’s waiting list.

They wait months for treatment.

His mother, Roshni, said her son struggled to brush his teeth and had such tooth decay that he was on a liquid diet.

“Most of his teeth are decayed from the medication he is on and he stopped eating the limited food he used to eat and only ate liquid like mango.”

Nethan is a patient of Dr Mary-Anne Costelleo, a dentist in Stratford and a specialist in pediatric dentistry, who described the long wait for treatment under anesthesia at Taranaki as a form of child neglect.

She was able to fill in some of Nethan’s teeth in May and since then her weight has increased by four kilos.

Dr. Costelleo referred him to DHB to have several teeth removed under general anesthesia, but seven months later he was still waiting for an appointment.

His mother thought he was in pain.

“I think he was in a lot of pain, but it doesn’t show on his facial expression. When we tried to brush his teeth, he wouldn’t allow us to and ran away.

“He doesn’t show the pain and he doesn’t express it. He doesn’t know how to express his pain, but he suffers a lot.

“It’s very difficult for us to see him like that.”

D’souza said the treatment Dr. Costelleo gave his son gave him hope that hospital care could make a real difference in his son’s plight. 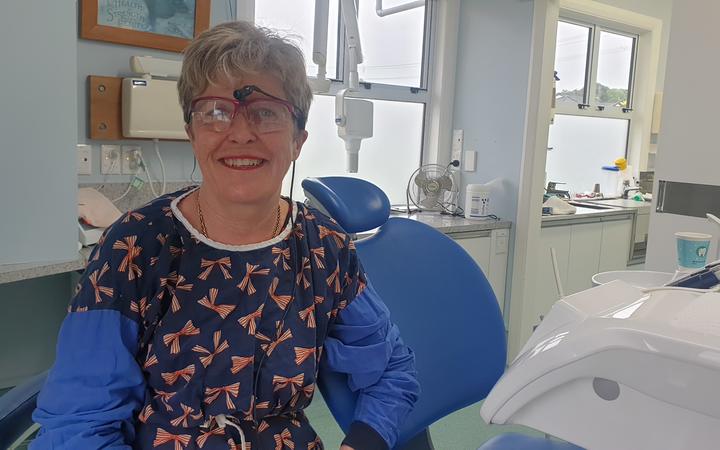 She didn’t think it was acceptable for children to be left on the district health board’s waiting list for months.

“I think they should make a priority list for the kids because it’s really hard. It’s really hard and especially for kids with special needs, especially autism or something like that because “They can’t communicate. They can’t express their pain.

“And it’s also very difficult for the parents because they face a lot of other issues and these dental issues are an extra burden for us.”

An Inglewood father, whom RNZ agreed not to name, said his son’s teething problems started with a misdiagnosis.

“When we initially took him to the dentist, from what I understand, he never x-rayed his teeth. It just wasn’t a thorough checkup I believe.

“And 12 months later we found ourselves in a very tricky place where he had a lot of cavities and holes and teeth that needed to be extracted.”

At this point, the five-year-old was not eating properly and was clearly in pain.

“When he complains about something, you know something is really wrong, so for something to affect him, it has to be pretty bad.

“And there were times when he didn’t want to know about dinner or any kind of food or anything and just wanted a drink of water and you take those things back as a parent and start asking questions. Questions.”

A Hawera dentist referred the boy to Dr. Costelleo.

His father said that at this point his son faced a potentially long wait for treatment under general anesthesia.

“Mary Anne did an assessment and then said we need to get him back as soon as possible and fix these issues now or you’re going to be looking at a 12 month wait.

He said a long further delay after what he, the boy and his mother had already been through would have been unbearable.

Taranaki DHB says there are 101 children on its general anesthesia waiting list, and they will typically wait 4-8 months for treatment, except for acute cases that are reported.

The Department of Health says there are currently 3,537 children between the ages of 0 and 14 across the country awaiting in-hospital dental treatment – usually under general anaesthesia.